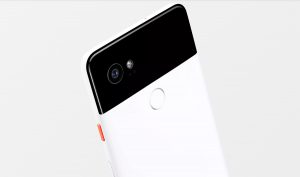 Google took the wraps off its new Pixel 2 phone lineup last week. The phones have what the best Android camera and maybe the best smartphone camera on the market today. The problem lies in choosing between the Pixels and the competition. Here are some of the drawbacks of the new Pixel phones.

Like Apple, LeEco, and Lenovo, Google removed the headphone jack from the Pixel 2. Google does provide an alternative to the AirPod but does not address what happens when you want to charge your phone and listen to music at the same time. It is a pain point for iPhone users and Google should have addressed that as part of the presentation.

The screen on the Pixel 2 XL is not as impressive as some of its peers. The screen is not edge-to-edge as some of the others. Also, to make room for the dual speakers, there is a larger forehead and chin. The screen itself is amazing with vibrant colors and proper blacks. However, if you want an edge-to-edge screen or a bigger screen for the form factor, then you will want either the iPhone X or the Note 8.