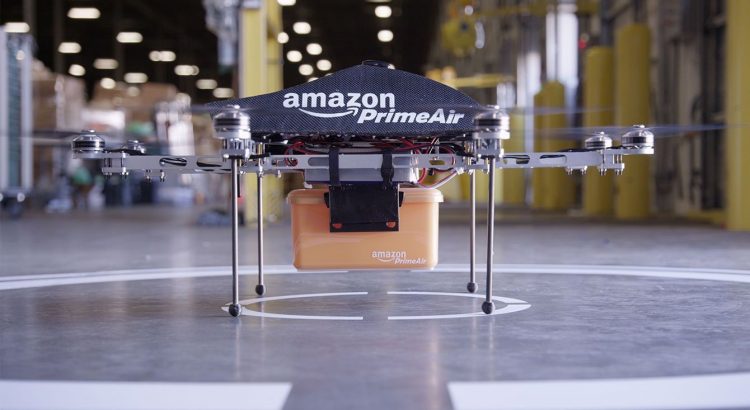 It has been several years since we first saw the Amazon drone video. Thanks to regulatory issues and safety testing, it might still be a few years before drone package delivery is an option for most people. However, there are also some hurdles that Amazon and others will need to deal with before it is practical to use drones for deliveries. We now see a clearer picture of how Amazon expects to deal with those issues with some recent patent filings.

The biggest hurdle when using drones is a limit to the maximum distance between the point where the drone launches and the destination. Regulators will require line of sight from the launch and destination points. Such short distances will require a very expensive network of launch sites, especially in urban areas.

According to recent patents filings by Amazon, they have several possible solutions to these problems.

The first is a “beehive” like structure that will act a multi-level fulfillment center in populated areas. Drones will come and go from this structure. Amazon’s fulfillment warehouses are huge and require large amounts of land. With the “beehive” Amazon can build them vertically, and they will require a very small footprint.

Another option is a series of mobile delivery systems which will launch, service, and even repair drones. The patent filing includes an image that looks like a shipping container with an opening on the top. The second container contains replacement batteries for the drones. Amazon proposed a similar idea, with the exception that the entire operation was on an airship.

Amazon looks set for future where most deliveries will be by drones.