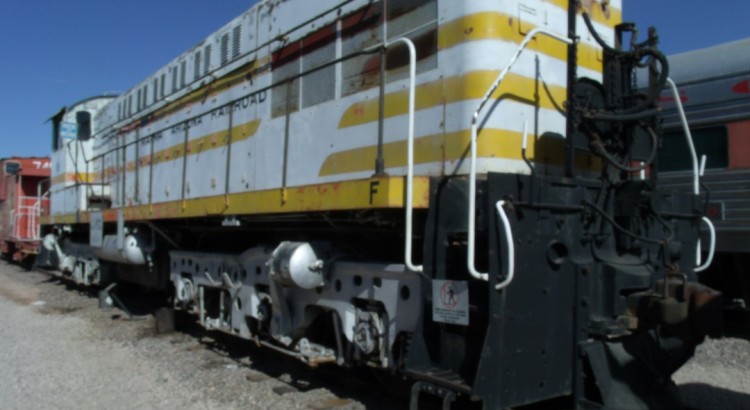 Starting up a diesel locomotive is a lot different than starting up an ordinary car. In fact, it’s a lot more complicated. Here is a breakdown from beginning to end on how these industrial mammoths run.

The first step in the process is entering the cabin and powering up the locomotive. A knife switch is flipped which connects the battery source to the circuit breaker. Then, the switches on the circuit breaker panel are all turned on by the engineer. This powers the entire vehicle. Because of the immense amount of power that is needed to start up a locomotive, a portable power source is required in many cases to get the engine to even turn over.

The next step is for the engineer to prime the fuel system and engage the motors. Once the engine begins to crank over, the locomotive is ready to begin a forward motion.

The engineer then heads to the back of the train to release the hand brake once the brake system has been pressurized.

Upon approval by the conductor, the engineer then begins moving forward, ringing the bells and air horns to signal the motion.

Once the locomotive starts moving, the engineer has to work the throttle control.  The higher the position of the throttle – also called a notch – the more voltage is produced, therefore increasing the speed.

While the train is in constant motion, the computer inside the engine begins its magic by automatically adjusting the fuel injectors to match the engine power required.

If the engineer needs to slow the train down, he can utilize the brake control which work alongside the motors. The control creates air pressure within the cylinders of the brakes to apply the pressure to the brake pads.

For maintenance purposes the engineer has to continuously check the readouts that are displayed by sensors all around the train. This is a vital tool for the engineer as a problem can be scoped out and addressed before a major accident occurs. For instance, if there is an issue with the power, the engineer can utilize a railroad locomotive starter to help restore and somewhat jumpstart it back to life. An engineer that drives a train without the adequate diagnostic readings are putting other people’s lives in danger. Safety precautions are always taught to the engineers to ensure the least amount of risk.

Now that you have an understanding on how a diesel locomotive starts and runs, you now know the immense responsibility placed on the engineer. The fact that trains have continuously progressed and have kept up with technology shows that they continue to play a large role in society.