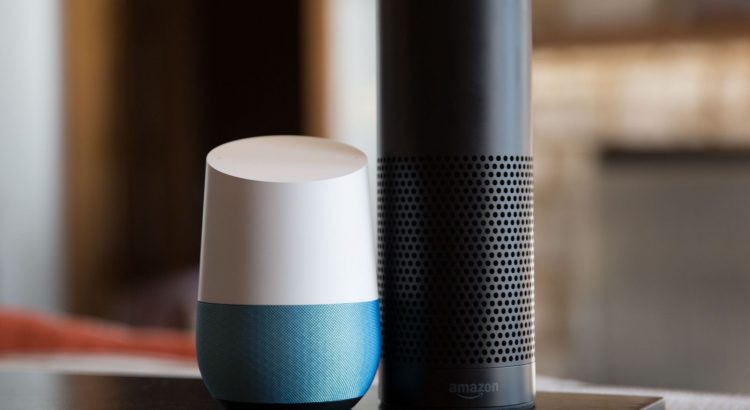 The issue with the current crop of smart home products is that very few of them work together. Every manufacturer has a vision of the Internet of things that is usually incompatible with a competitor. What’s worse is when a company is acquired, and their product line is removed with little notice. This is why it’s a good idea to assemble home automation equipment that is as cheap as possible and has some connectivity to others. This way the investment is limited. Let’s look at how we can set up a voice controlled home satisfying that criteria:

The first step is to get a voice interface. There are only two real choices here: the Amazon Echo and Google Home. When looking at the Echo, choose either the Echo Dot or the main Echo device. Both of these will work with the majority of home automation gear.

The next step is to set up control of lighting, air conditioners, etc. There are two approaches here, control the bulbs or control the switches. In a home with more than one occupant, it is wiser to go the switch route to prevent confusion.  There are several affordable solutions by Asian tech companies to control switches and IR devices.

The third is to establish control from the voice interface. This is the tricky part. Most of the above devices required an Android device or third party software to act a bridge. Look for guides on support for these platforms before purchasing. 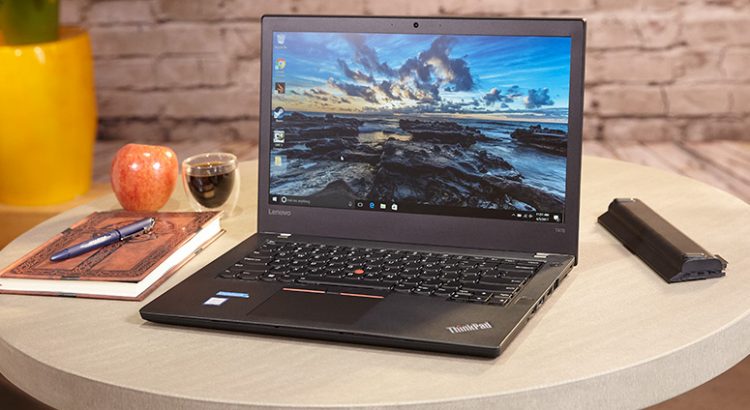 Article written by Silver Tech, Stay up to date with latest tech news

There are several features and specs that people base their decision on when buying a laptop. There is the processor speed, graphics cards, screen size, and other upgrades. However, nothing is more important than battery life. Thanks to recent advances in battery technology and power efficiency, the minimum benchmark is at least ten hours of battery life on a full charge. The models below have battery life well more than the minimum.

The Lenovo ThinkPad T470 comes with an optional extended battery that takes the laptop to a staggering 17 hours and 25 minutes. The battery life is not the only thing great about the laptop. You get a best-in-class keyboard, fast SSD and durable chassis. The only drawbacks are a screen that lacks brightness and anaemic speakers.

The second best laptop regarding battery life is another ThinkPad. Again, you get a good keyboard, swappable battery and unlike the above, a better screen. However, you need to select the correct battery options to get the 13 hours and 51 minutes of battery life. The three cell batteries provide mediocre battery life. 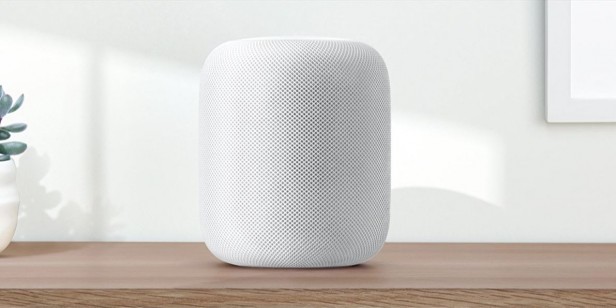 For most people, their first smart home device will be a smart speaker. It makes sense that you will buy a device that can control others before you invest in smart lights and appliances. The current market leader in the smart speaker space is the Amazon Echo. A lot of people who bought the original Echo also bought Echo Dot’s to complement the device and place around the house. In fact, most reviewers rate the Echo Dot as the best smart speaker because it is cost-effective, compact, and has the same functionality as the larger Echo. A lot is going on in the smart speaker space at the moment, here are some highlights:

Amazon will release several new Alexa-enabled devices this year. There is the Echo Plus, the Echo Spot, the Echo Show, and the new Echo. All of these devices form a complete line-up of devices that hit every price point and feature. Some devices are touch-enabled while others are voice-only.

Apple will start selling the HomePod, its smart speaker powered by Siri. The initial focus is on the integration between the HomePod and Apple Music. Apple is looking to the millions of Apple Music subscribers as an initial market before making the device more smart-home capable.

Even Samsung is jumping into the smart speaker market. “Maybe soon we will announce it. I am already working on it.” Says Samsung Mobile president DJ Koh. Samsung acquired personal voice assistant Bixby which powers the assistant on the S8 smartphone. 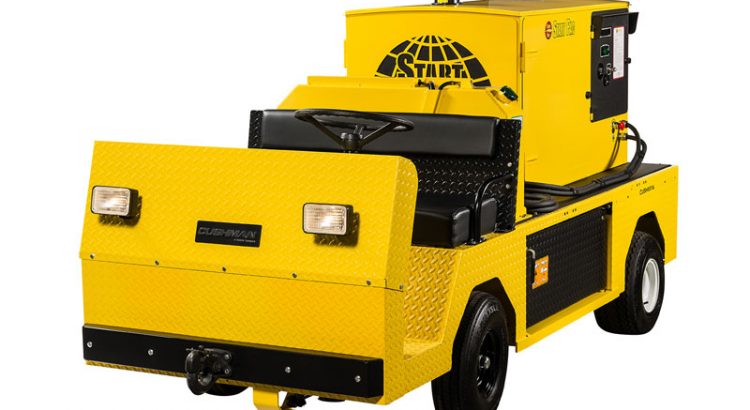 Summary: New advancements and modalities are being implemented in GPUs. This is proving to be beneficial for maintenance purposes and environmental awareness.

Ground power units tend to come in a variety of shapes and sizes, depending on the model it’s designed to supply power to. These portable power supply units can either run on diesel fuel, electric, or incorporate both into a hybrid system. With technology rapidly advancing, new models continue to be pumped out at high volumes – meeting the demands of the ever-changing aviation industry. This article will demonstrate the core mechanics of diesel GPUs and how effective they are at supplying steady currents to aircrafts of all types.

During the flight preparation phase, these 28 volt power supplies rely on diesel fuel to power their generators up. In turn, this allows the unit to essentially rev itself up to the necessary specifications it requires to provide optimal power to the aircraft. Most ground power units nowadays are taking environmental friendliness into account, due to the overwhelming amounts of expelled chemicals and pollution. Innovative diesel ground power units are portable, powerful, and produce massive amounts of electricity with a switch of a button. Additionally, users will find that they are becoming much sturdier and more durable as new models come out.

The new-age ground power generation batch of power supply units are showcasing their beneficial economic and alternator efficiencies. There are decreased maintenance costs, convenient serviceability factors and optimal development strategies. Your typical 28 volt battery pack encompasses more than just a basic system that power up an aircraft. As a matter of fact, these new diesel models are built to last the rough and engaging environment that they are being dragged around in. This is largely in part due to changes in designs. More powerful core frames are being introduced into GPUs which are allowing these units to withstand more damage from contact and handle long-term operation. Optimal power and a durable mechanism is what most maintenance users are looking to find in today’s models. Toss in lower noise levels, reduced fuel consumption, and increased alternator efficiencies, and you have a model that can take on a boatload of work without wearing down after a year’s worth of maintenance. This is revolutionizing the aviation industry and will continue to as the years progress and new technologies are introduced. Maintenance is becoming more convenient and easier to accomplish thanks to the newer lines of GPUs being brought into production.

In any market, the biggest attraction for people is the accessories you can get for each device. The Apple Watch for example, has different charges, bands, straps etc. The same is also true for smartphones. The primary difference is that sometimes an accessory for smartphones are actual devices themselv 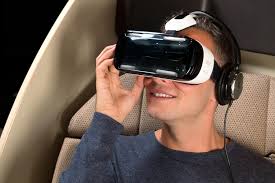 es. Here are some of the more popular accessories:

Although considered an accessory this is actual a necessity. It protects your screen from scratching and damage in general. New generation screen guards are glass so there no loss of feel when using one.

These serve two roles. First is personalization. You can make your phone reflect your personality simply by changing the cover. The other is protection. Some of the more durable cases can even handle drops from a decent height.

These are devices in their own right, but in some cases need to be paired with smartphone to be effective. In that sense they are considered phone accessories. Take the mi band for example: it tracks sleep, walking etc but is useless without a phone.

This is where the Apple Watch and Android watches come in. They are mostly used for notifications from the phone, and to a lesser extent for the time. Most people buy them as fashion accessories.

Last but not least are holders like Google cardboard which convert the phone to be able to act as a VR display device. The most popular version of this is the Gear VR sold by Samsung as accessories for their phones. 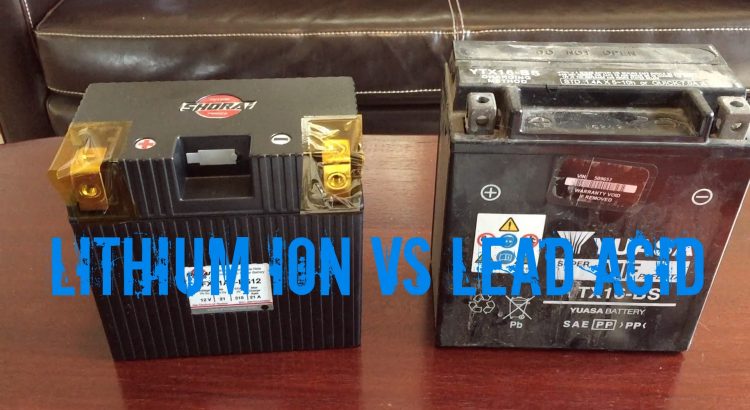 Learn what separates lead and lithium ion batteries from each other.

Lead acid batteries have been the tried and true go to for ground power units for quite some time now, however in recent years there have been a number of improvements to lithium batteries that are making them equally, if not more, viable.

When compared to a lead-acid battery of similar output, lithium ground power units are smaller and much lighter. This leads to lithium GPUs being much easier to transport and get running. That portable power makes a difference in a commercial airport, which might service several dozen to several hundred planes each hour.

Another area where lithium batteries excel over lead acid is in charging. Lead acid batteries charge slow and need to be regularly recharged to full capacity to ensure the battery’s health. This isn’t so for lithium ion batteries. If you have need of a lithium mining equipment starting unit before it has fully charged, it can be used without worry for the batteries long-term health

One area where lead acid GPUs have a distinct advantage over their lithium ion counterparts is in their cost. Amp for amp, a lead acid battery will take a lighter hit to your wallet in its upfront costs. However, lithium ion units do manage to recoup some value with their longer lifetimes.

So when it comes down to it, lithium portable power supply units have made many breakthroughs in recent years, and are now poised to become the new go to choice for our large battery needs.