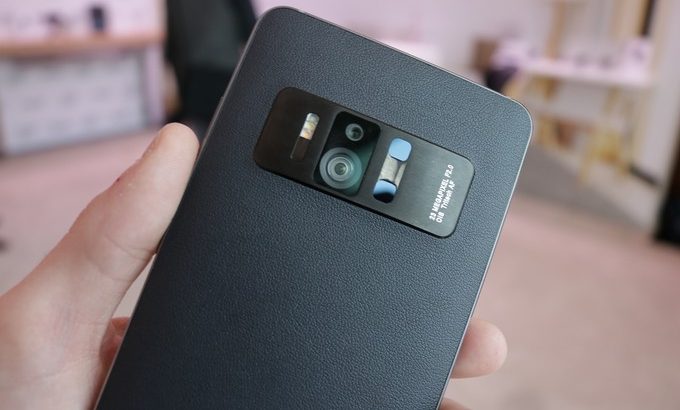 At a pre-Computex keynote, ASUS announced the launch of its Tango-powered phone the ZenFone AR. The news does not come as a surprise as Google mentioned the existence of the new Tango phone at its I/O developer conference.

Tango is a version of Android for Augmented Reality. There are special sensors in the phone that can detect the space around the phone and build a 3D map of the room. Using the cameras and sensors, the phone knows where it is inside a pre-mapped building. Augmented reality has the potential to be the next big thing, and with Tango Google is positioned to take the lead in the space.

The first demonstration of Tango was navigating from outside a building inside to a specific location in a restaurant. The directions overlaid navigation arrows all the way through a building to the specific seat that the user marked. There are many other applications of the tech, such as adding potential new furniture to your room or replacing your existing pantry with a new one.

There are over 100 apps for the Tango platform, from companies like BMW, Lowe’s, etc. As many as 50 of them work with the ZenFone AR, and more support will come as developers update apps to the latest version of Android.

The ZenFone AR comes with 8GB of RAM and an optimized Snapdragon 821 processor which allows the apps to run far more smoothly than they have before. Between Tango and Lens, Google is in a strong position should AR become mainstream.